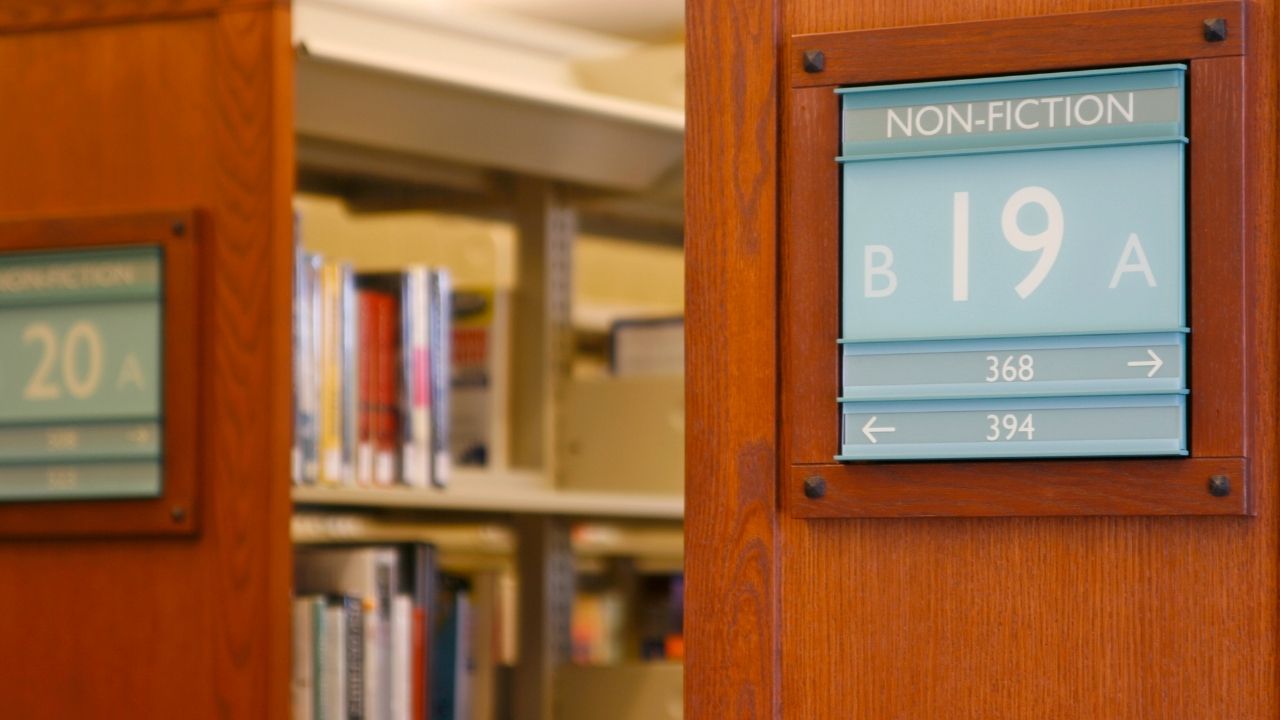 Do you love reading books? Us too! Whoever said a book is a thousand journeys in a lifetime, was correct! Fiction is often immersive and thus high school students often use it as a source of entertainment.

That said about fiction, What about non-fiction? Do you think fiction is the only thing deserving of your attention? Well, you may be surprised to know non-fiction is equally interesting! We cannot ignore that non-fiction lacks the adventure and romanticism of imagined stories, which fiction supplies well. However, non-fiction is laced with knowledge.

High schoolers often forget that non-fiction like history, mathematics, biographies, and philosophies form great pieces for reading. This post would showcase the importance of non-fiction works, you will also look into our picks for the 10 best nonfiction books for high school students.

Non-fiction includes all those pieces of writings that are true to reality for major parts. They depict an event or a personality that has gone down in history, and so, everyone should read non-fiction for information rather than entertainment. The habit of reading non-fiction pieces of writings will benefit students a lot in the later part of their education.

Here are some important benefits for reading non-fiction:

Here are our picks for the 10 best nonfiction books for high school students:

1. Stamped: Racism, Antiracism, and You

This book comments on the prevalent racist issues in America and inspires hope for an anti-racist future. Stamped takes the reader through a complete journey of how all this started and why this poison still exists. Gripping and fast-paced narration by Jason Reynolds makes this book a good read.

Best for students of 10th grade, this book helps students understand various social issues. The language in the book is gripping, fast-paced, and energizing, which leaves the readers assuaged.

2. The Diary of a Young Girl

When Nazis occupied Holland, many families fled to hide. A family, Franks, built a “secret annexe” to save themselves, where they had to face hunger, boredom, and constant cruelties. Anne Frank, a thirteen-year girl from that family wrote her vivid experience in those difficult times in her diary.

This dairy was found a couple of years after her demise and was later adapted as a book—The Diary of a young girl. Thoughtful, moving, and surprisingly humorous narration and fascinating commentary make this book a good non-fictional pick.

Set in 1964, Most Dangerous is the story of Daniel Ellsberg, who was transformed into

“the most dangerous man in America.” When there was a cold war between America and the soviet union, America was ready to do anything to stop communism—with or without the consent of the citizens.

As the war on communism soon began to pose cruelties on Vietnam, Ellsberg turned against the war. The Book “Most Dangerous” narrates the story of those crucial seven years that made Daniel “the most dangerous man in America.”

Written by Don Brown, this book revolves around the worst natural disaster in American history. On August 29, 2005, the monstrous winds of Hurricane Katrina flooded low-lying regions of New Orleans, Louisiana. This disaster recorded the deaths of 1833 individuals.

The book Drowned City shows the selflessness, heroism, and courage of people along with incompetence and criminality. Reading such books can enlighten the students with happenings of the past. Books like such provide a lot of facts, without much bias, so that students can get to know the exact picture of the incident.

Chasing Lincoln’s Killer is a fast-paced thriller written by James L.Swanson which narrates the 12-day chase of the man who killed Lincoln. The story navigates through the streets of Washington D.C., swamps of Maryland, and forests of Virginia.

It is claimed to be the real story of a manhunt that took place in April 1865. The letters, newspapers, manuscripts, and other documents shown in this book are also original.

The American Plague shows the scenario of Philadelphia, the nation’s capital during the epidemic of Yellow fever in 1793. The author, Jim Murphy, explained the major social and political events that took place in the early 1800s due to this epidemic.

This book shows how the president had to leave the city due to the constitutional crisis. The cause and cure took almost a century to come out, which forms a riveting point of this book. Such events in history have been significant which the student must know of. The book has stories of people who suffered from yellow fever and how they got cured.

7. The Art of Statistics

This book is a comprehensive guide for understanding everything about statistical problems. Written by David Spiegelhalter, this book shows that statistics are everywhere and thus teaches the readers to think like a statistician.

Beyond stats too, we get the idea of how to clarify questions, assumptions, and expectations when a problem is approaching. The book teaches to answer questions as simple as ‘does eating meat causes cancer?’ in a statistical way. The author has explained statistics, and the use of this concept beautifully blending it with modern problems, and situations.

Humble Pi is the book-length answer to those who ask, “When are we ever going to use algebra or vectors in reality?”. Matt Parker, the author, managed to fill the book with fun, information, and relentless entertainment, thus, making this book a guide for all the miscalculations in life.

Humble pi makes the readers see everything including website codes and street signs in the language of maths, which makes it a unique fiction pick.

9. The Equation That Couldn’t Be Solved

The book, “The Equation That Couldn’t Be Solved: How Mathematical Genius Discovered the Language of Symmetry” narrates the story behind the equation and how it was solved.

Written by Walter Dean Myers, this book shows Muhammad Ali, his accomplishments both inside and outside the ring, and his personal ventures up close. Biographies are usually gripping tales of courage, fight, and inspiration. The same can be said about this one too!

This book throws light on the race issues in the 1960s and how it became tough for the children to understand these gaps. The book centers around Muhammad Ali, and his struggles with racism, which finally molded him into a champion of his field.

Non-fictional books are a great source of knowledge. As a high schooler, you could start with our favorite ten best nonfiction books for high schoolers. The best book for a young adult is the one that focuses briefly on everything- facts, figures, language, information, and even knowledge. Books which tell about a certain past event in detail helps to broaden the knowledge of the child, whereas books which teach something better about academics are also bliss. The best part of non-fiction books is that it gives first-hand information to the reader, and it is almost like living in the era of the story, which opens many horizons for the young adult.

If you have some more additions to this list or you have a review on these books, let us know in the comments.