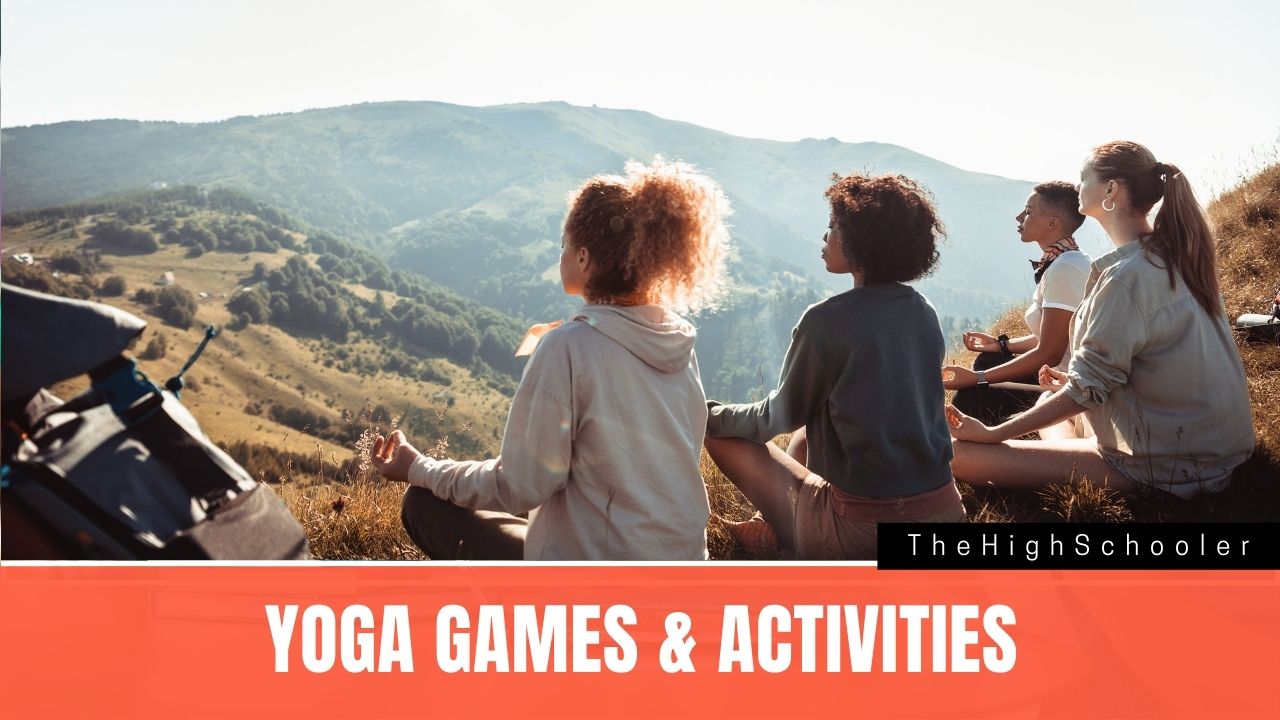 School life is burdened with tons of tasks, and it barely leaves time to create space for oneself, retrospect, and breathe without having to think of what’s next! Thus mindful scheduling is imperative to keep the student’s mental, physical, and emotional health in check.

Regular breaks, introduction, and encouragement towards the practice of relaxing activities is important as well. Yoga being pivotal in the field of providing extensive scope for improvement in the physical and mental health of an individual needs to be integrated into the lives of students.

This post shall focus on the same by talking about the crucial trends and significance in the adaptation of Yoga, and how can these be inculcated in kids through activities and games.

Yoga Games & Activities: Why Are They Crucial?

Yoga being an inclusive technique in nature offers innumerable benefits to individuals who practice it on a daily basis. However, for students, it gives an added bonus of self-management and self-awareness among the everyday stress they have to go through while figuring out the directives of their life.

Mindfulness and balanced physical health can aid in fighting off the effects of mood swings, and anxiety, control the expression of anger and prevent individuals from falling down a negative spiral and instead develop resilience.

In research done by Donna Wang and Marshall Higgins, a year-long yoga program was introduced to determine the perception of students when it came to its physical and mental health benefits.

The results reported by these students involved increased and improved self-esteem, physical conditioning, and even academic performance among which was another noteworthy benefit that the students reported practicing mindfulness and relaxed breathing to direct the outlet of emotions, even “off the mat.”

Few of the additional findings to this study involved recognition of how mindfulness was related to bodily awareness and self-regulation. These aspects tend to work in tandem where if a student paid more attention to each moment, they could obtain the same level of came they would have while practicing mindfulness. Similarly, practicing mindfulness heightened their awareness, allowing them to pay attention to each moment.

Certified and practicing yoga instructors have stressed enough over the benefits of inculcating yoga in the lives of students through playfulness and associating it with positive feelings and emotions among students to encourage the power of gratitude, strength, and compassion.

So, here are a few games and activities with yoga to help build stronger mental and physical health among individuals by associating yoga with all things positive and playful:

This activity is a great stress buster for high school students, where fun and yoga combine to allow them to take a break, relax and practice good health at the same time.

Another activity to boost positive association with yoga among high school students, this is a relay race, where the students have to learn these three poses that are also representative of a rock, tree, and dog.

This activity is a comparatively easy one for the kids, but the fun-quotient of the game remains high, as usual!

Another interesting yet nostalgic way to engage students in practicing yoga would involve:

This is, in fact, a fun-filled yoga activity and can be used with individuals of any age group.

This is a relatively relaxing activity to help the students focus on their breath and relax.

Should Yoga be a part of the school curriculum

A survey done amongst various schools revealed astonishing results when it was found that a total of 36 programs have been identified among 940 schools across the United States, with more than 5400 instructors who have been extensively trained to help students inculcate yoga in educational settings as well.

This shows that modern-day institutions are not just helping students gear up for a future that demands their energy down to every fiber of their being, but also allowing them to learn the art of creating a balanced life, seeking peace and health, and mindfulness at the time.

It is now considered a part of the national educational agenda in the United States to offer students a curriculum that grooms them holistically, including their verbal, social, ethnic, civic, and cognitive development.

A review paper by Andrea Hyde highlights how students should not be considered just a collection of attributes but beings that need to be trained to lead a more balanced and fulfilling life.

Having mentioned that, the myriad of health benefits offered by the practice of Yoga has allowed innumerable individuals to practice it and enter the health industry through Yoga. It was found through a national survey of the U.S. children, a total of 3% of children of the whole child population of the States have started indulging in yoga ever since 2012, that is a total of 1.7 million children, 400,000 more children who used to do yoga in 2007.

This proves that being mindful, and practicing yoga has improved classroom behavior among students, with lower temper tantrums among high school students, more informed decisions and an obvious improvement in their physical and mental health, making it necessary to evolve Yoga as an instrumental part of the curriculum.

With tons of researchers pointing out the innumerable benefits of practicing yoga among high school students, this article also tries to highlight how relaxation is also as important a part as is, students and professional growth.

It shares the evolving trends in the adaptation of its practice and a few activities that can be employed in educational settings to help students relax and associate growth and strength with the practice of yoga.