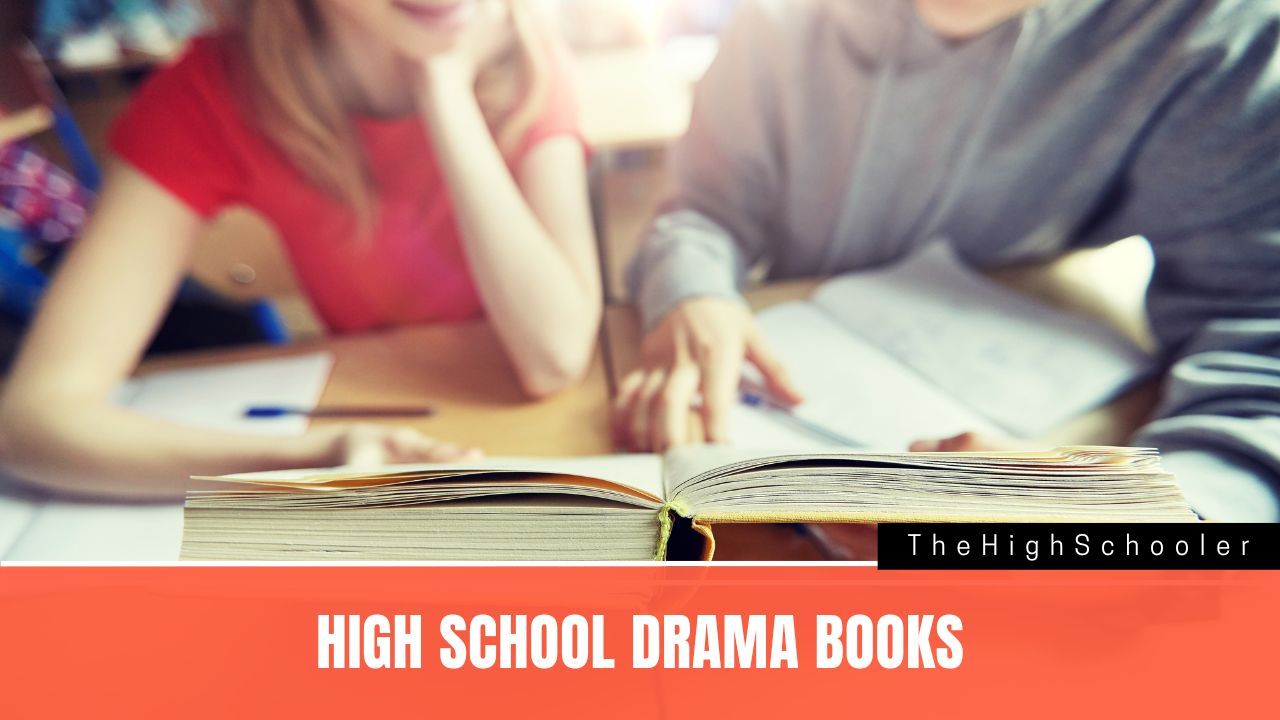 We can all almost universally connect to the experience of high school. There are a lot of emotions to go through since growing from the end of childhood to the brink of maturity is a hard, chaotic phase in life.

As a result, numerous works about high school have been written. No doubt, these books are fun! From picture books, to non-fiction books, these books are effective tools for teaching and exploring topics like friendship, family, identity, and, yes, love and tragedy. These works, which are frequently relatable and useful while trying to navigate your own experiences, are written from the viewpoint of a young person.

In this blog, we have therefore put together a selection of some of the finest high school drama books that, we believe, will definitely resonate with a lot of high school students.

One of Us Is Lying is a young adult thriller that follows four different characters as their lives unfold after one of their classmates dies during detention. The novel then proceeds as the four friends become suspects in their friend’s murder while they try to figure the mystery out themselves.

It is twisting and suspenseful as you hear everyone’s point of view, but there’s no way to tell who is telling the truth. What makes it lovable is that the book features people and relationships that you root for.

2. Eleanor and Park by Rainbow Rowell

Eleanor and Park is a story about two 16-year-old high school students- Eleanor, a misfit redhead, and Park, a half-Korean, who slowly falls in love. Their passion for popular culture, particularly comic books, and mixed CDs, sparks their romance, and it took place over the course of one school year in 1986.

Throughout the story, they try to get through their own struggles while figuring out the complicated matter of first love. One of Rainbow Rowell’s finest, this book is humorous, heartbreaking, and genuine. It is the perfect walk down memory lane for anyone who has never forgotten their first love.

Paper Towns is a coming-of-age stov2 7ry by John Green that follows the adventures of a boy named Quentin Jacobsen and the adventure he is drawn into by his childhood friend and secret love, Margo Roth Spiegelman. The story starts with the nine-year-olds finding a dead man in the nearby park. Years later, our two main characters are in high school and have drifted apart.

They hardly speak until Margo climbs into Q’s bedroom and invites him to join her on a mission of revenge. They have their night of adventure, but when Q wakes up in the morning, Margo has vanished. The main plot follows Q and his friends as they try to uncover the cryptic clues Margo left behind.

4. All the Bright Places by Jennifer Niven

All the Bright Places revolves around the story of Theodore Finch and Violet Markey, who first meet on the ledge at the top of the school bell tower. The author weaves together a story of their unlikely friendship and love, of saving and being saved in the face of devastating loss.

This book evokes the same emotions as a teen soap drama and leaves its readers with a warm and fuzzy feeling of finding magic amid hopelessness and meaning in the mundane.

5. The Perks of Being a Wallflower by Stephen Chobsky

The Perks Of Being A Wallflower is a truly moving story about Charlie, a freshman in high school whose life changes when he meets his two seniors, Patrick and Sam. The story unfolds as he navigates between the worlds of adolescence and adulthood and attempts to deal with poignant questions prompted by his interactions with both his friends and family.

The book makes numerous references to other literary works, motion pictures, and popular culture in general while cleverly addressing issues that are prevalent in youth, such as sexuality, drug use, rape, and mental health.

6. Turtles all the Way Down by John Green

Turtles All the Way Down is not a story about turtles at all. Instead, it is the story of Aza Holmes, a sixteen-year-old who suffers from obsessive-compulsive disorder (OCD) and anxiety, which greatly impact her daily life and her ability to maintain relationships.

The plot of the story revolves around Aza and her friend Daisy, trying to solve the mystery of a missing billionaire in their hometown. John Green’s book very masterfully deals with universal issues of friendship, love interests, and mental illness, which resonates well with teenagers worldwide.

7. Me and Earl and the Dying Girl by Jesse Andrews

The book Me and Earl and the Dying Girl is written from the viewpoint of Greg Gaines, a shy high school senior who doesn’t belong to any social circles and only has Earl as a “co-worker” with whom he makes parodies of movies.

His life changes when a childhood friend is diagnosed with cancer, and he is chosen to be her official companion during her harrowing final days. The book documents Greg’s experience as he is forced to confront reality, emotions, and his own buried humanity while he tries not to get attached to ‘the dying girl.’

8. Before I Fall by Lauren Oliver

Before I Fall is written in the first-person perspective of a teenage girl who is forced to relive the day of her death every day for a week- until she gets it right, which may include reconciling with her family or making amends for the girl whose life she and her clique make miserable.

The book very cleverly deals with universal topics of bullying, blossoming sexuality, self-confidence, and self-sacrifice- something every high school student can resonate with.

9. The Rest of Us Just Live Here by Patrick Ness

This book centers around Mike, who suffers from Obsessive Compulsive Disorder, and his four friends as they attempt to live ordinarily in the backdrop of an extraordinary, supernatural event they know very little about.

Throughout the course of the book, Mikey struggles to accept that he is just a regular kid, but he eventually learns that his friends are what make his life meaningful and rich.

The story tells the normal life of sixteen-year-old Simon Spier, who has a large secret. But when an email falls into the wrong hands, his secret is at risk of being thrust into the spotlight.

Now that he’s being forced out, change-averse Simon needs to find a way to push himself outside of his comfort zone without alienating his friends, jeopardizing his integrity, or messing up his chance at finding happiness with the most perplexing, endearing individual he’s ever met. This contemporary coming-of-age, coming-out narrative is wrapped in a geek romance and is both hilarious and touching.

High School drama books are not only ridiculously entertaining, but the characters are full of life, the plots are imaginative and intricate, and the lessons ingrained in them are invaluable. Some life lessons learned from these books are-

Books have the power to inspire, transport, and even transform readers. They can be among the most beneficial and useful resources for a young person attempting to balance school, family, friends, and first loves. Teenage literature may speak to you personally, provoke thought, engross you in passionate love stories, or help you deal with difficult issues, but above all, they have the power to make a lasting imprint on all young students.